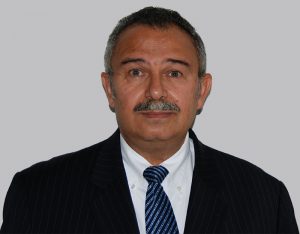 Dan Washington is a member of the Maryland, District of Columbia, and Pennsylvania bars. Mr. Washington has appeared and argued cases in most courts in the Washington DC area including:

Prior to entering general civil practice full time with his own firm in 1991, Mr. Washington honed his negotiating and trial litigation skills for eight years practicing procurement law as an attorney/advisor and as a contract specialist and negotiator with the Federal Government. As an attorney for the Federal Aviation Administration he led negotiation teams on bid protests and provided advice on Source Evaluation Boards for over ten major acquisitions each over $10 million. Also, drafted and helped setup the Airway Science grant program that awarded over $6 million to establish air traffic control and airway science curriculums at the nations Historically Black Colleges and Universities. The Airway Science grant program was considered one of the best grant programs managed by the federal government and consistently earned positive audits. In addition to the Airway Science grant program, Dan Washington also worked on a number of Aircraft Loan Guarantee Program grants recovering public funds from grantees who had defaulted on their federal obligations. His other legal accomplishments included:

As a procurement attorney Dan Washington had an exceptional contract litigation record; only one of his major acquisitions (Direct User Access Terminal System) was protested and that protest was dismissed. Separate and apart from procurements in which Mr. Washington was lead adviser he also represented the agency in other bid protests that were filed against the agency and had an outstanding litigation record: See, Transmission Structure Limited, Comp. Gen B—230855.2 (Unpublished) and JoaQuin Mfg. Corp., Comp. Gen. B-230645 (Unpublished).